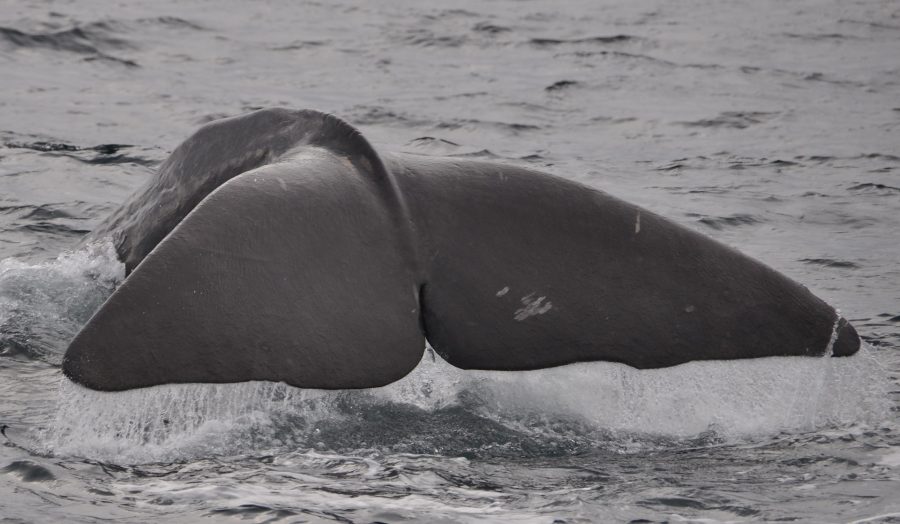 It’s a beautiful day outside, birds are singing and flowers are blooming. On days like this, it’s a perfect time for a picnic. April rolls around the corner to bring us spring and pleasant scents of flowers.

Sorry to kill the mood, but not everything is sunshine and rainbows over at the Norwegian sea. In fact, the reality is far from it. The pestilent smell of whale blood stains the ocean as the whaling season once again begins.

Norway is one of the countries that officially commercialized whaling. Although thousands of whales are hunted each year, the prime targets are Minke Whales. According to the Animal Welfare Institute (AWI), in 2014 Norway broke its own record of hunting Minke whales in 30 years by hunting 736 Minke Whales. Compared to 1991, which is the year only one Minke Whale was killed, the increase is exponential.

The quota for hunted Minke Whales has also been increasing for the last 6 years. According to the Whales and Dolphins Conservation (WDC), Norway’s quota was set to 880 whales in 2016. However this year the quota is set even higher, up to 999 whales.

Although Norway is said to practice commercialized whaling officially, several legal and ethical concerns have risen. Countless reports of the use of explosive harpoons have been documented. Also, the Norwegian documentary, The Battle of Agony, indicates that 90 percent of Minke Whales killed every year are female or pregnant.

The reason behind the slaughter of whales is due to the rise in demand for Whale meat. Since 2010, Norway’s fishing market started shifting their attention to the whaling industry. Annual music festivals support the whaling market by serving Whale Burgers and Whale Sushi at restaurants. Tourists fall easily towards such exotic delicacies, ending up supporting the whaling industry. Greenpeace claims the hunt for whales are unnecessary, as it provides no more than 100 jobs.

Throughout the years, the voices calling out for Norway to stop the unethical treatment of whales have increased. However, it seems as if this year will reach its peak. With this year’s quota set as 999 Minke Whales, there is no rest for the campaigners. In 2016, Greenpeace’s campaign pledged not to stop until no whales are harmed for commercial use in Norway. Also, as of March of 2017, over 1.5 million people have signed the petition of Avaaz against Norway’s whaling.

The good news is, Norway is gradually responding to the calls of protesters. For the last two years, Norway started to kill fewer whales than the quota they set. However, many ecologists and nature conservation groups claim that the numbers are not enough. We will have to wait and see what happens to Norway’s whaling industry. Let’s just hope we can one day stop the whales from wailing in pain.