Have you ever felt the thrill of watching a horror movie? 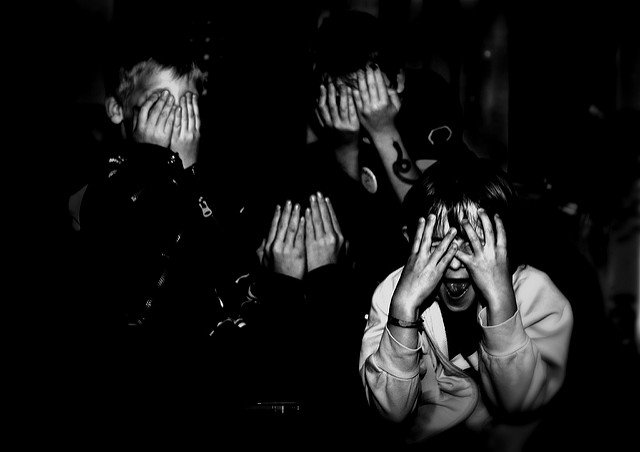 The Others takes place in 1945, right after the war. Grace and her two children, Anne and Nicholas, live in a house secluded from the world. It starts of with a scream, camera in an extreme close up that slowly zooms out while spinning around Grace. With the arrival of a trio of servants,  mysterious and questionable things start to happen. Anne starts to spot intruders and doors start to open and close by themselves. The piano is played without a pianist; the song flowing through each room with its eerie melody. This all builds to the climax at the end that will hit you like a train.

Alejandro Amenabar created this brilliant movie, The Others, by using Gothic elements such as the isolation, dark and gloomy settings, and graveyards. With a brilliant variety of shots and angles, this movie walks you through several highlights that will seem to speed up as it draws you deeper and deeper into the movie. You will be convinced why this is a must-watch movie, whether it is the plot, uniqueness or thrill.

Firstly, this movie is different from others. Typically, horror movies are a blood-bath. Whether it is a zombie apocalypse or an alien serial killer, movie writers often use blood to create horror and excitement in these movies. However, Alejandro Amenabar has made it possible to induce fear in someone without using blood but with just mere sound and visual effects such as a Dutch angle that was used in this scene when Grace checks a room after being told someone had walked in. An unknown source of breathing can be heard as she explores the room, the camera starts to zoom in on Grace into a close up shot with the camera tilting, as if something is going to happen. Suddenly, there is a loud moan and Grace jumps back, only to find a hand of a mannequin touching her back. Amenabar wrote this part of the script as an attempt to cause tension and fear in viewers, which clearly worked brilliantly. Another reason why this movie is good is because of its plot.

This movie has a brilliant plot with strange location and children. It takes place in a house isolated from the world. The two children, Nicholas and Anne have a strange disease known as photosensitivity. If they are exposed to light more than a candle, they have the possibility of dying. Because of this, the house is normally only lit with the dim lamp which gives an eerie feeling. This house consists of 50 rooms that can be accessed through 15 doors and it’s fitting key. Under Grace’s specific orders, you had to lock each door behind you before opening the next. This created a uncomfortable feeling in you because you may question yourself: are there ghosts or some kind of supernatural creature? Is that why each door has to be locked? This helped to set the spooky and thrilling atmosphere. There was also a twist in the plot at the end.

It was a brilliant plot twist because of the mixture of uniqueness and suspense. Alejandro Amenabar managed to keep a secret throughout the movie until the end. It was revealed out of the blue which would hit you like a train. You would start to search through each scene in the movie, trying to find out whether there were signs the producer left for viewers. This sends a sense of thrill up your spine, wondering how the producer could have thought of such a plot twist and ending. This was a brilliantly written script by Amenabar, revealing such a secret that was kept throughout the movie until the end.

The Others was great overall because of its plot, thrill and distinctive difference from other movies. The thriller and suspense that was mixed into the unique take into this movie has made an excellent and exciting plot. He managed to keep the suspense throughout the movie on whether there were actually ghosts or not. In the end, he added a plot twist which was beyond anyone’s imagination. No one would have thought that that would have happened. This was arguably the best ending of a horror movie I have ever seen. If you like films that offer you a thrill then I definitely recommend The Others.