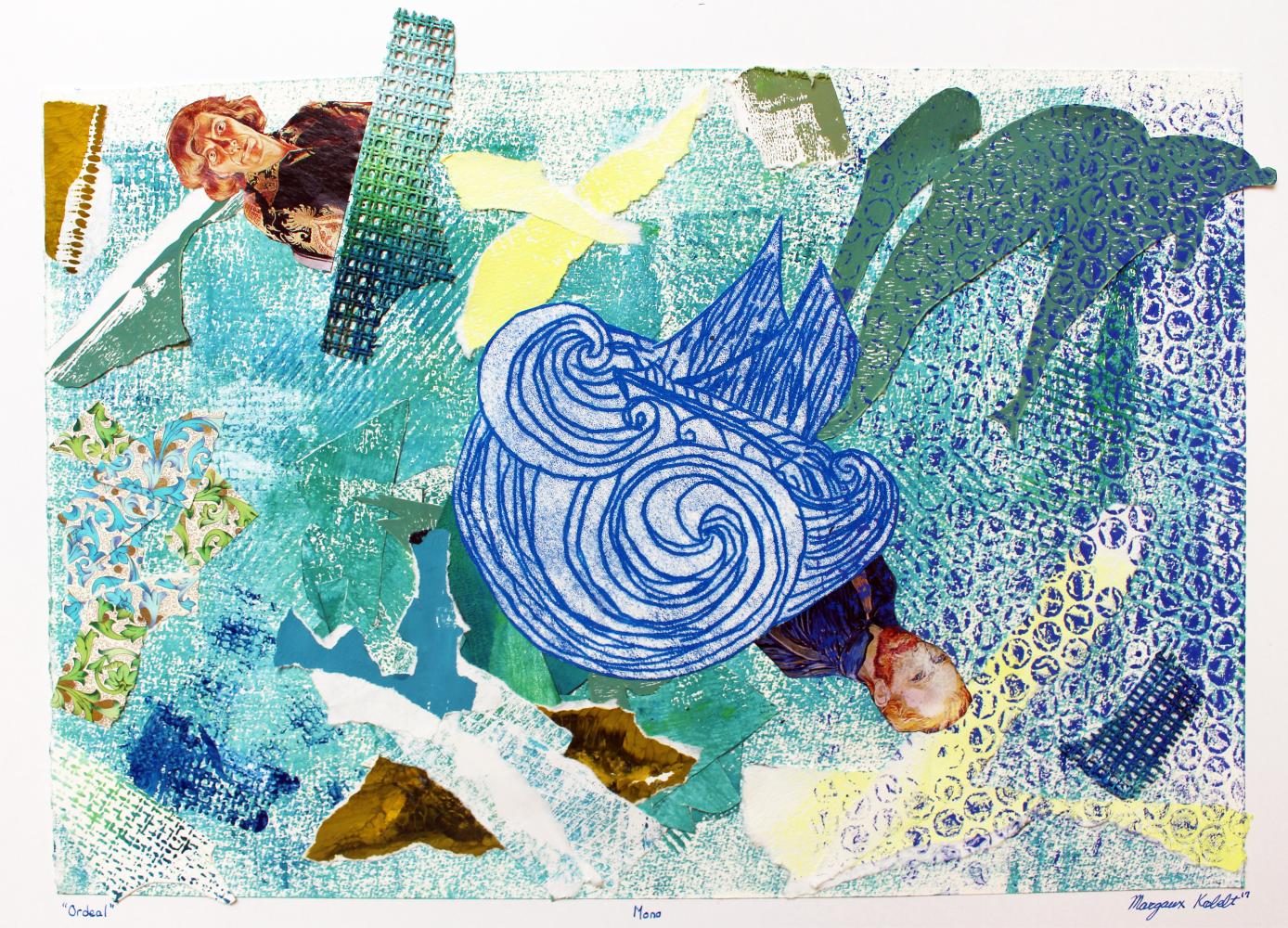 From Athens came a royal prince, Theseus, who was strong and handsome.  He had volunteered himself for the tribute, stating that it was only fair that royalty shared in the fate of fellow citizens.  Theseus promised his father, King Aegeus, to battle the monster of Crete and defeat it if possible.  He further promised to change the color of  the sail of his ship to red or white if he survived.  If he fell, it would remain black.  When the tribute arrived on Crete, King Minos took a fancy to one of the girls in the group but Theseus rose to defend her, claiming himself as a descendant of the sea god Poseidon.  To prove this claim, he was carried by dolphins beneath the waves, retrieved a ring from Poseidon’s palace and was heralded by sea queen Amphitrite herself.