Sleep and the IB 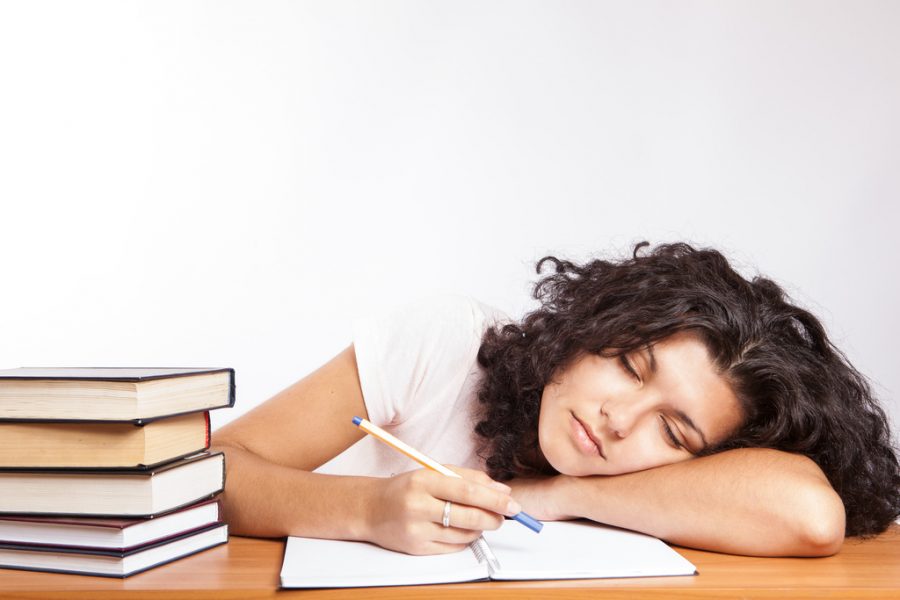 During exam season, you will often see IB students roaming the hallways with an uncanny resemblance to a herd of zombies. Clearly, they have been having some late-night study sessions. But is this lack of sleep really worth it?

Well, the research disagrees. In a 2012 study by the University of California, Los Angeles, 535 high school students were monitored over a 14-day period. The researchers observed the correlation between the hours of sleep and studying that they did each night and the academic performance of the students. They discovered that students who sacrifice the recommended amount of sleep to study or cram actually did worse on their academic work.

Despite this, we still continue to value a few hours of (often inefficient) late-night studying to the equivalent amount of ‘extra’ sleep. According to a study of 12,000 high school students by the Journal of Adolescent Health, only about 8% of students get a sufficient amount of sleep on school nights. This deprivation can lead to drowsiness, headaches, poor concentration, and in the severe case – even depression.

But what has caused this general trend?

The most significant influencer is considered to be the shift in work culture in recent years, with the general perception that those who work longer hours are more committed and reach higher levels of success, while those who take time to rest and ‘slow down’ are the opposite. This shift is mostly accredited to the glorification of certain prominent figures in corporate culture such as Elon Musk by the media. Although these individuals are undoubtedly incredibly successful, it is important to recognize that they are certainly not the norm and that they might also be feeling the negatives of a lack of sleep!

So, as you can tell, it is vital that we try to reach the recommended amount of sleep (8 to 10 hours for IB students’ ages) each night. Apart from the mentioned negatives, scientific research has also found clear correlations with reaching this value and improved concentration, memory, general health, mood, and more. On top of these, individuals that get sufficient rest have also been found to be able to manage their stress levels easier, which is something that we IB students would love. However, in spite of our best efforts to make this happen, there are some days where this is just not possible.

Take Advantage of Sleep Cycles
All humans go through different stages or levels of sleep throughout the night. These are always in the same order, with the person beginning by being in a light sleep where they can be easily awoken (this is usually where sleep efficiency is interrupted the most), then entering a deeper, more restful sleep where the body does not move at all and their breathing and heart rate slows down. This is followed by the REM sleep phase, which is where the brain is very active and the person has a dream. This cycle takes about 90 minutes to complete on average. Left to itself, the body usually wakes the person up right after a cycle is complete, and the next one has not yet started. However, due to our modern lifestyle of needing to wake up at the times that work for our schedules, we tend to use alarms to wake us up. This means that we forcibly wake ourselves up while we are in the middle of a sleep cycle, which can result in a feeling of unrest and grogginess. Although we cannot get rid of our alarms, one very helpful thing to do is to think of your time asleep in blocks of 90 minutes, and try to go to bed at a time where you would wake up in between a sleep cycle. A helpful tool to do this for you is “sleepyti.me“.

All electronic devices emit blue light through their screens. This specific type of light is the most powerful in suppressing the bodies natural secretion of melatonin, which is the hormone that makes us feel sleepy, as well as regulates our sleep cycles. This means that if possible, try to avoid using electronics within an hour of your bedtime. Perhaps you can do your computer work first, and finish off the work session with the assignments that you have on paper. If this is also out of the picture (such as a late-night essay),  using a light-altering software that automatically blocks out blue-light for you (such as f.lux) can be extremely helpful.

Try to Keep a Dark, Quiet and Cool Room
Finally, studies have shown that the room in which you sleep can impact your sleep efficiency and quality significantly. Especially during the light sleep phase, even having a small light source (such as from an alarm clock or from a streetlamp outside) or a quiet source of sound (such as from a clock or fan) in the bedroom can disrupt your rest. On top of this, the temperature of the room can also be a big factor for some more than others, and it has been determined that the majority of people sleep the best in a slightly cool room at around 18˚C/64˚F.