School Stress and the Effect It Has on Today’s Youth 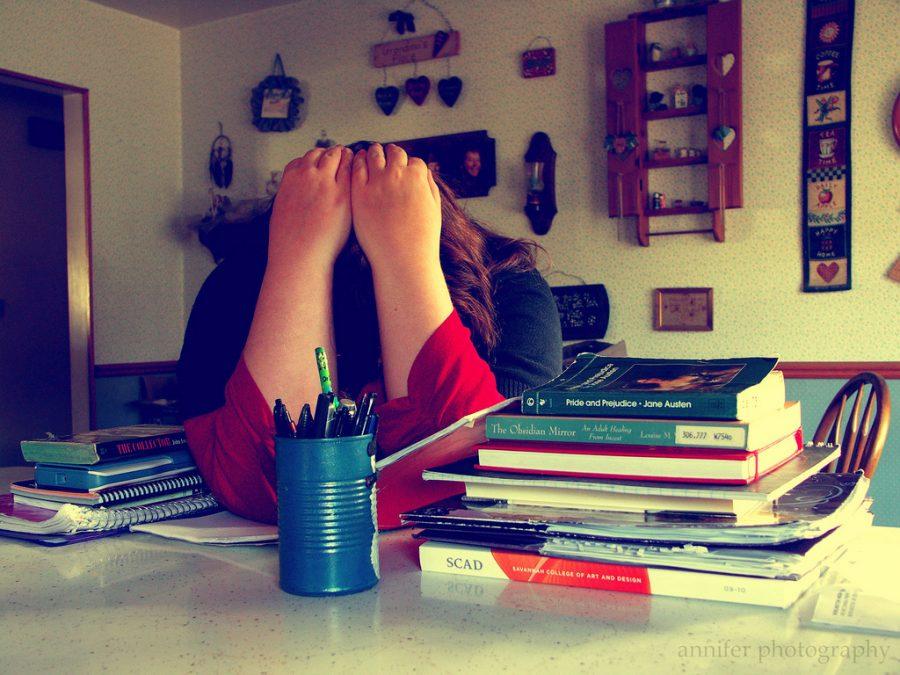 Stress is a common word in the modern world. You hear it every day, students use it to describe the time pressure they are under and adults use it to describe how their day has been. Nowadays the word is thrown around the place, but does anyone know what it really means? Stress is a state of mental tension that the mind and body feels. Stress needs a factor to set it off – this is why many students feel stressed.

Anxiety, however, is the bodies result from stress. When we feel stressed or anxious, our breathing might quicken, which can result in hyperventilation, which might turn into a panic attack.

Often stress is a result of time pressure, which school students feel every day. The body responds with sweating because our instinct is to shield our body from pain and so our muscles tense.

When a student forgets that he or she had a paper due that day, they are often under stress. This would be an example of acute stress, which is momentary. Our cardiovascular system responds with stronger heart contractions and an increase in heart rate and blood pressure. Adrenaline, noradrenaline, and cortisol are the stress hormones, which tell your body to act this way. These hormones also result into the fight or flight mode. An example of that could be when a student forgets to do their homework, tricking them into copying off of their friend.

Over the last 30 to 40 years, the amount of 15 to 16-year-olds reporting that they struggle with depression and anxiety due to the pressure of school, has doubled. 2 in 30 boys and 2 in 10 girls, feel this way. This isn’t normal for teenagers, but even when they reach young adulthood, and apply for college, the stress doesn’t decrease.

The pressure for high school students to get into a good university causes a lot of stress, and even when they have been accepted, the stress doesn’t subside because of many different factors. For American students in high school and university, the largest stress producers are the competitiveness, tuition funds, acceptance rates of universities and colleges, campus crime and the unstable economy. The stress for the students can, in some cases, be caused because it is the first time that they are living away from their family, so they are out of their comfort zone. With their whole environment being different, it takes a while for the students to become accustomed, causing the mind and body to stress.

One of the long-term causes of stress for students are the academic demands. Nowadays so many people have the opportunity to go to university and get a degree that it doesn’t mean as much anymore as it did when our parents were students. The financial stability for post-graduates is unstable and it is a lot harder to achieve happiness in your work environment and career choice.

This constant knowledge spurs the anxiety most students feel about their actions after they graduate. In 2015, 18,000 high school graduates applied to oxford universities undergraduate study. Out of these 18,000, only 3,200 get accepted. This makes an acceptance rate of 17.5%. In 1988 the total number of applicants was 9,516 and 3,164 were accepted. That is almost the same as how many students get accepted nowadays, only that there are double the number of applicants. This shows that nowadays students are subjected to so much more stress than the last generation of students, and many don’t know what to do about it.

Due to this stress, a lot of the students suffer from short and/or long-term effects, which their stress level causes.

There are many different effects of stress on school students nowadays. Students who have the privilege to go to private high schools experience more stress than others, but there are good sides to feeling stressed as well. Mary Alvord, a psychologist specializing in the stressed high school student’s experience, based in Maryland, states “a little stress and in moderation can be helpful to high school students in so many ways. It motivates them to study, to do better. It helps push them.” This is especially true for those who can concentrate better when they are under time pressure, so they can’t procrastinate. If you are subjected to stress at a young age, you will be able to deal with it better as soon as you’re in college, and later on in your working life.

But if you feel stressed very often, you could develop an anxiety disorder, which can lead to depression and insomnia. A lot of stress hormones cause many bodily functions to degrade, for example, a worsened immune system, heart problems, respiratory exacerbation, and gastrointestinal issues. One of the authors of a recent psychological study about stress on high students explains “Colleges are complaining that kids are disengaged, they’re dropping out, taking a long time to graduate. It’s not developmentally appropriate for them to work so hard.”

The effect of stress on your body is diverse. Some might suffer from headaches, muscle tension and pain, fatigue at all hours of the day, your stomach might be upset and you could experience sleeping problems. You could suffer from over or under-eating, angry outbursts and aggression without there being a reason for it, social withdrawal and exercising less often.

Of course, the absolute worst outcome of students who struggle with too much stress is that the students kill themselves. Stress for college and high school students is getting worse, to such an extent, that some see suicide as the only option to get away from it. A study conducted in America found out that the suicide rate because of school stress and anxiety has tripled since the 1950’s. In the past 50 years, the suicide rate for 15 to 24-year-olds, has increased by 200%. 12 people from the age of 15 to 24 will commit suicide on a daily basis. That would be 1 death in every 2 hours. Two of these suicides happened in Silicon Valley, USA. 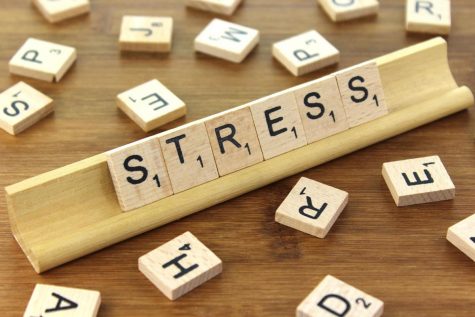 Silicon Valley, USA, is one of the regions in America, where most teenage suicides are committed.

Cameron Lee, a student at the Henry M. Gunn high school killed himself on the 4th of November 2014. Alyssa, one of Cameron’s friends stated that Cameron “was popular and athletic and seemingly unbothered by schoolwork, an avid practitioner of the annoying prank of turning people’s backpacks inside out.”

Cameron isn’t the only student from Silicon Valley who killed himself. In 2009 over a period stretching over 9 months, three Gunn students killed themselves. The area where these suicides are most common is called Palo Alto. The region is known for its’ technological advances and Palo Alto is where “the coolest gadgets and ideas come from, where the optimism is boundless.” But still the mother, named Kathleen, of one of the students who organized Cameron Lees memorial, said: “People are working on inventions that will slow aging and probably one day stop death—and yet also a place where a junior in high school is closely familiar with the funerals of other teens?”

The high school which Cameron and the other students who committed suicide attended, Henry M. Gunn, was ranked as one of the USA’s top five STEM schools by U.S. News & World Report. Many of the high school graduates get offered places at the University of California, which is notoriously difficult to get into and about 20 of the school’s seniors go to Stanford University. No wonder that the suicide clusters of the Palo Alto region are getting infamously worse nowadays.

Martha Cabot, who is a sophomore at Cameron’s school posted a YouTube video the night after his death, stating “The amount of stress on a student is ridiculous. Students feel the constant need at our school of having to keep up with all the achievements.” With this proclamation, she assured parents their biggest nightmare: That they were afflicting their children with so much stress that they can’t handle it and result into committing suicide. Students feel that they can only earn their parents’ love with A’s and Advanced Placement Tests and trophies. Apparently, Martha recorded the video to explain to parents that apparently the only way to get their parents attention is through suicide.

Byron Zhu, a 15-year-old student at Palo Alto High, walked in front of an incoming train to kill himself and is another victim of the extreme stress today’s students have to handle.

Suicide is obviously the most horrid outcome of stress on students, but some try and treat it themselves, or ask a professional for help if the stress doesn’t subside.

If you are lucky, and your stress isn’t too bad, you might find home remedies to decrease your stress, but if you are unable to cope with it, clinical treatment, like a therapist, might be your only option.

The ability to reduce stress, especially for students, is extremely hard, as you have to have a structured plan. Time management is a skill that all students should learn. It is necessary to stay organized with your workload, so you know what to prioritize. If you overload on other activities, your stress is most likely to increase, as you don’t know what to prioritize.

One of your preferences should be sleep. Teenagers should get 8 to 9 hours of sleep to be able to concentrate well. Apparently, 30 to 40% of adolescents only get a maximum of 6 hours sleep even though you recharge in your sleep, which would be a huge help in decreasing stress.

To help cope with stress build up, exercise could help you release it. Through physical activities you can let loose, and it would be even better if you exercise outside, as fresh air can help you recharge.

It is very helpful to have some me-time throughout the week. A relaxing bath or a massage might help your physical and emotional wellbeing. A great way to be alone with your mind is through meditation and music. With some simple activities, which you can do alone or with a friend, you can have some quiet time to think. Music can be a great stress releaser and helps you to get out of the stressful environment.

If these suggestions shouldn’t work, your other option might be to see a therapist. A detached person from your personal life is a great reference point. Therapists have a confidentiality agreement so no one will have to find out about your discussions. They can help you cope with your stress, especially if this has developed into an anxiety disorder, or other mental illnesses, which come from too much stress.