‘Oumuamua what are you? 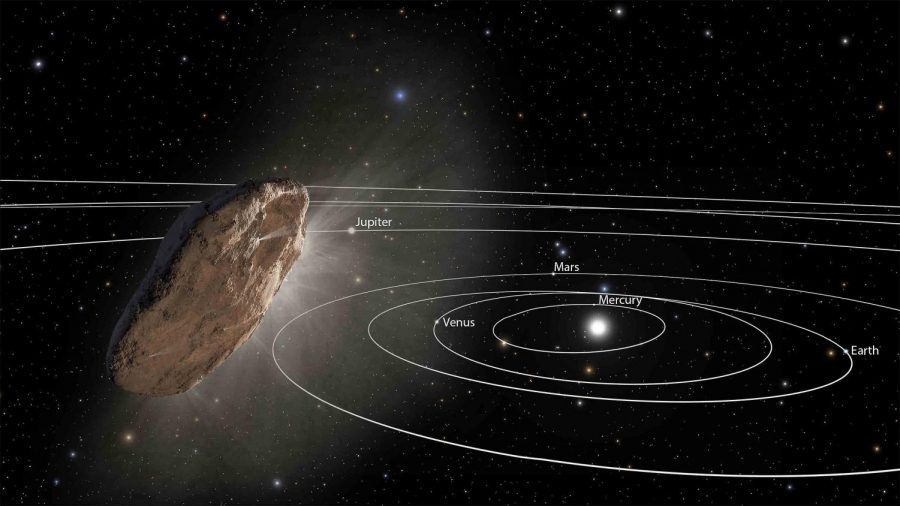 Not so long ago on October 19th, 2017 Rober Weryk discovered an interstellar object through the Pan-STARRS telescope at the Haleakala Observatory in Hawaii. The meaning behind the name is that it is “a messenger from afar arriving first” which makes sense because it is speculated to be 300,000 years old. This object is currently orbiting within our solar system but by the time it is January 2019 it would travel beyond Saturn’s orbit and leave to the Pegasus system.

Many researchers were at first able to discover that it must be a comet but by this summer astronomers then realized that it isn’t an asteroid but instead was an asteroid. Soon enough that was also not true because ‘Oumuamua was actually neither. As of now we still do not know what this interstellar object should be classified as, resulting to the question “’Oumuamua what are you??”.

Researchers in NASA are still trying to find out how to classify this object, especially if it is either a comet or asteroids. Below is a table with some of the more notable traits of both an asteroid or comet.

What makes a comet?

Has a tail which is super long ( over 1,000,000 km)
Dirty chunk of ice than a rocky body
Nucleus
Coma (engulfs the nucleus)
Here you can find more information: https://sciencing.com/three-parts-comet-8119632.html

What makes an asteroid?

Irregular shape
Revolves the sun in elliptical orbit
Average temperature of asteroid is -100F or -73 C
Here you can find more information: https://www.space.com/51-asteroids-formation-discovery-and-exploration.html

When ‘Oumuamua was being observed it didn’t have a coma or a tail, which is one of the main traits of a comet. On the other hand, the object doesn’t have an irregular shape compared to other asteroids.