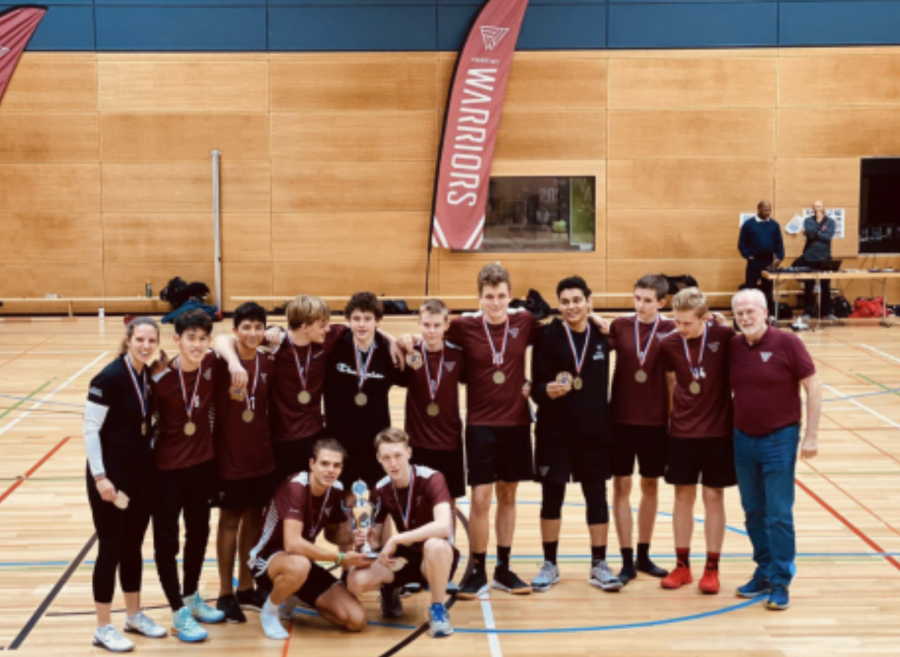 After winning the 2018 ISST Volleyball Championship in Paris, the Varsity Boys were hoping to take home gold for a second time. The season, however, did not look promising after barely scraping by with a bronze medal at the mid-season SCIS tournament at the American School in Warsaw. Losing to AISV Vienna in group stages at SCIS was concerning, considering the latter had moved up from Division 2 and were to compete at the ISST tournament toward the end of the season. The team’s ego had been put in check, and the boys recognized the amount of effort they would need to put in practice if they really wanted to win the championship.

The tournament kicked off with Frankfurt International School playing against the Munich International School (MIS). Although the boys were confident they could win, two previous matches against them at SCIS had been very close, so there wasn’t a clear, predictable outcome. After this first match, it was evident that the boys had worked hard both on and off the court to prepare for this tournament. The Frankfurt Warriors pulled off a clean sweep, winning both sets with very comfortable leads. The match that followed was not so pretty. AISV was once again able to close out both sets, and it also seemed as though they had also significantly improved in the weeks leading up to the tournament.

On day 2, the Warriors played 4 games. The day kicked off with an easy 2-0 win against the American School in Paris (ASP). This was followed up by the long-anticipated match against the American School in London (ASL). With a 1-0 lead to FIS, ASL dragged out the match to 3 sets, but the strong attack from the Warriors was vital in pulling ahead early and ultimately closing out the match. The round-robin stage ended with a 2-0 match against the American Community School at Athens (ACS), leaving FIS with a record of 4-1. AISV surprisingly lost to ASL in a bracket upset, creating a three-way tie between the top teams. Due to each team being 4-1, it came down to tiebreakers to see which team would get first seed and play against the 4th place holders, ASP, in the semi-finals to get a free ticket to the finals. AISV won tie-breakers, beating ASP 3-0, and securing themselves at least a silver medal. This left the Warriors, currently in third place, to play second-place ASL in the semi-finals. This match went much better than expected, with the Warriors being able to close it out 3-0.

Saturday’s Championship game approached, and once ASL had won the match for third place against ASP, the Warriors prepared for the most important match of the season. The boys delivered, playing their best volleyball of the season right in front of the home crowd. Through hard effort, teamwork, and determination, AISV was swept 3-0. The Warriors were able to win when it mattered most. The 5 seniors on the team, Yash, Ramsey, Andrew, Noah, and myself, ended our final season of volleyball in fashion, and the team celebrated with the gold medals around their necks, in addition to ISST champions badges and a 1st place trophy. Furthermore, 2 of the 6 All-tournament selections were awarded to the team captains, Ramsey and I. There was no better way to end this volleyball season.

For more insight into the season, I sat down with Coach Thornton of the Varsity Boys for an interview.

What did it feel like to win back to back ISST Varsity Boys Volleyball Championships?

Coach: “It felt great. I was so proud of the team, they really had to work hard and came together at the right time. It was especially rewarding to get the win for the seniors who really anchored our team.”

What was done differently in the finals against Vienna that led to the 3-0 victory, especially after having previously lost to them?

Coach: “Nothing huge, mainly the belief that we could do it, and coming out with a team determined that no matter what happened or what the result was, we would outwork them. I always felt, even when we lost that we were the better team but we had to execute on our side of the net.”

What improvements did the team make throughout the season after coming third at SCIS?

Coach: “We adjusted our offense a bit, moving Ramsey to the outside and Thijmen to the right side to make sure we always had one of our two biggest players in the front row. Then we really focused on our passing and getting comfortable playing balls that weren’t perfect and making something out of whatever you get.”

Looking back on the season, what was your favorite moment?

Coach: “It’s hard to say, there were a lot of great moments. Possibly Thijmen explaining why he doesn’t like to move his feet when passing or Cameron finally admitting I might know what I’m talking about after 3 years. Sam’s dance moves or Yash trying to figure out riddles were also great.” 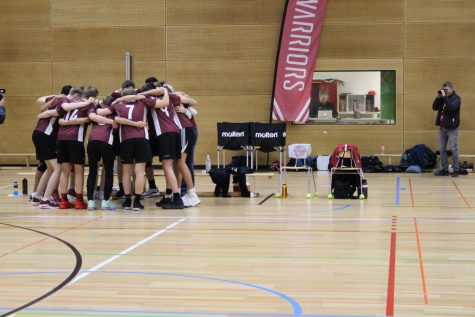