If you think swearing is rebellious – think again. 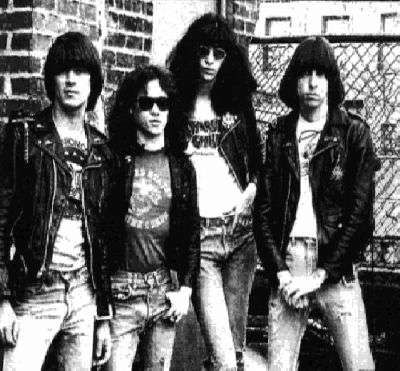 Riding home on the tube on a Friday night is quite literally hell. It can’t get worse can it? Well perhaps a carriage full of loud young girls on their way to the music awards screaming the lyrics to their favourite popstar whilst taking countless selfies is.

With nothing else to do that night I poured myself a glass of wine, regretfully, and turned on the TV to watch the Music Awards. The screen came alive to a 20-odd-year-old popstar blurting a series of words that I definitely did not expect to escape her mouth. The wine went everywhere but in my mouth when UK’s sweetheart stunned me with her profanity. The part that had be absolutely flabbergasted though was the camera panning to hundreds and thousands of young girls singing along to that line.

I’m not the most PG-13 speaker myself but a sense of shock set over me and I began to think – when did mainstream music become so profane?

Personally I am fascinated by the age of rebellion and terrible fashion choices my parents grew up in. Posters of the Ramones and The Sex Pistols swallowed their walls whilst The Clash blared in the background on their record player – admittedly I can say the same for myself. They considered themselves rebels of the highest standard back then, as did the rest of Punk and Punk Rock listeners.  I can’t help but wonder – what has changed?

Punk music used to be the gateway to rebellion as a result of the lyrics sung and what they stood for. Most Punk rock songs surrounded political or social issues and vulgar language was often used as a way to shock mainstream listeners as this genre was more “underground”.

“Punk was a total cultural revolt” V. Vale, the Writer who documented Punk rock, stated. Singing – or screaming in a lot of cases – about the most taboo subjects and making it accessible for anyone was something that had never been done to this standard. Banned from many radio stations and even some stores, the genre carried its own secret.

At the time when Punk Rock became a way to escape societal norms and to hear people voice their opinions in the most rebellious way, the use of the occasional, usually recurring, swear word was exhilarating. You would never hear Kate Bush or ABBA swearing throughout their record and they certainly didn’t make sexual references in every line of every song – can’t really say the same today.

So why do we have this influx in profanity in music?

What has changed that has made swearing so normal?

The answer, ladies and gentlemen, is simple: The internet. The one thing that we did not have, back when swearing in music was associated with loud music and people with countless piercings and tattoos, was the internet.

Now this does not mean that swearing has increased as a whole because it really hasn’t. However, after the birth of rap, music saw a steep increase in swearwords with some artists using up to 46 swear words per song.

Nevertheless swearing has been around for as long as speech has (and it’s definitely here to stay). The only difference in profanity in say the 70s, 80s etc. is that we didn’t have the same forms of media that gave us access to it.

Many, many years ago when the world of the internet had yet to come about, news didn’t travel like wildfire as it does today. It was less of a wildfire and more of a tealight candle – not very long lived. Now that the world of the internet has possessed us and social media picks up every swearword a politician utters under their breath, it is quite hard to escape the profanities of everyday life.

Before Social Media existed, scandals as such went a bit more unnoticed and so profanity in the mainstream seemed a lot more foreign. The access the internet has given us to this sort of vulgar language is the only reason it may seem to be increasing when in reality we’re all just human and we all swear.

So why the increase in profanity in music?

As much as I don’t want to admit, Punk music isn’t what teenagers listen to now to feel rebellious and have someone confirm they are not alone in their angst. These days Rap and Pop seem to have more of an impact on teenagers and so why listen to punk to hear taboo things when you can hear it anywhere you want?

That said, if you think swearing in music is the only way to lead a rebellion and leave an impression on people, think again. Go pick up a Ramones record – even they didn’t swear in every song they wrote and they sure as hell left an impression.