Dear Abitur, Where is the Justice? 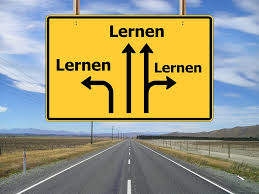 My mother sat next to me with a heft full of notes at one of the many IB talks we had already attended. A large projector screen hovered menacingly above me with the course requirements listed on it. I looked up at them, wild-eyed and sighed, as they did not fit the focus point of my studies at all. Having accepted that, I didn’t suspect any other unsettling disturbance. However, when I saw the conversions from the IB points into the German grading system, I wanted to jump up from my seat in shock.

At times it seems as if grades don’t matter to German universities or the effort one puts into his or her degree. At least, that’s the impression I got after listening to this talk about what I needed to do to be accepted to a German university with an International Baccalaureate diploma.

I’m in 11th grade now and, not once in all that time, have I regretted that choice of leaving my German Elementary school, to go to FIS in Oberursel. However, now, as I finally understand how much that choice will impact my future, I’m not as sure as I was a while ago. The school itself is wonderful but for someone, who will most likely study in Germany and attend one of the German universities, the IB might not be the right choice. The unfairness that goes into the conversions from the IB points into the German grading scale made and still makes me furious.

A prominent example of this unfairness is that the best grade point average you can receive when completing the German Abitur is 0.7, according to the Süddeutsche Zeitung. However, when converting the best possible score of the IB, which is 45, to the German grading scale, you will only receive 1.0. That’s a difference of 0.3. In addition to this 0.3 difference, the IB points 45 to 42 all convert to the same grade: 1.0. That means all those students who develop nervous twitches and have several sleepless nights in order to reach that 100%, those 45 points, are on the same level as people who “only” have 42 points. Those 3 points may not seem like a lot but that three-point difference is made out of great effort. It just doesn’t seem fair for those who work so hard earning 45 points to award them the same average as those earning 4. From the 42 points onwards, the grade jumps to 1.2 and then continues to drop by 0.1. That means 41 points equals 1.2, and 40 is 1.3. 40 points is 10 points over the average IB score of May 2015. So you could have 33% more points than the average IB student, but not be able to study medicine in Germany.

The IB is a “fancy euphemism for hell,” posted a user to the Urban Dictionary website, confirming my fears for the next two years. The IB is harder than the German Abitur; About 80% of students pass the IB, while the pass rate of the German Abitur, at least in Hessen, is 97%, according to the Frankfurter Allgemeine Zeitung. That’s a 17% difference and yet, the conversions from the IB to the German Abitur make it seem as if it was the other way around. As if 20% of students, who participate in the German Abitur fail, not 3%.

Furthermore, German universities prefer the German Abitur because they don’t like to deal with the “special case of the IB”, according to the Süddeutsche Zeitung. However, not everyone has the ability and choice to not apply to a free German university. Not everyone can afford to spend an average of $48,000 per year for a private college in the US.

In addition, the course requirements seem like a cruel joke. You need to either take a specific science, or math, as a higher level class. That itself is no problem for me, but now I need to take biology on a higher level in the IB. I enjoy biology, however, I will never use all the knowledge that I will have to cram into my head. I don’t want to become biologist or doctor, yet, I am taking biology high. So now, thanks to the German Abitur requirements, I am forced to take a class, which I will never need, instead of enabling me to focus on what I will really need in my further education.

Thus, the German Bildungsministerium, which is responsible for the conversion of the IB, could start converting IB points fairly. For example, in a perfect world, 45 points would equal a 0.7. In addition, a specific science or math should not be required higher level subjects, as it isn’t required in the German Abitur. This would be an amazing start, and would make everything so much more just.

However, change doesn’t seem to be approaching. So, in the next two years my effort will not be rewarded by the German conversion system and hard work will seem to mean nothing. The conversion needs to be fairer; one needs to understand how much work goes into the IB. It needs to reward the students that are bringing internationality and diversity to the German universities. Yet, the exact opposite is happening. How is this fair? How is this right?

*When learning about these IB to Abitur conversions, one gets the feeling that it is hopeless and I often feel very frustrated. This results into heated opinion pieces, like the one above. However, I do need to note that often my opinion about the IB Abitur isn’t as passionate as I make it out to be.