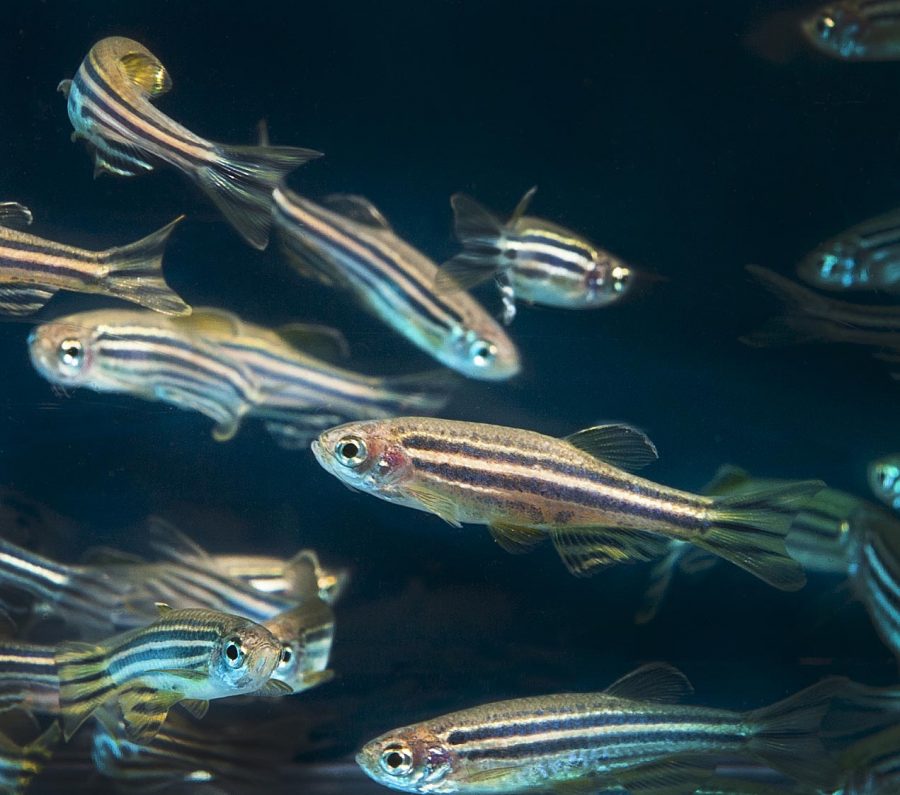 Fish are becoming more prominently recognised as animal models in lab research. In fact for some scientists, certain species of fish are the preferred animal model of choice over rodents. We commonly associate mice and rats with lab controlled testing, focusing, for example, on the effects of genes in the development of tissues, or how intelligence differs in humans from other animals. While this still holds true, fish can be regarded as excellent research models, offering many alternative methods for understanding the development of human diseases.

Well first let’s make on thing clear… not all fish boast such a close resemblance to the human genome, at least not close enough for us to understand what causes the progressive development of melanomas, for example. Certain species, however, such as the Zebra fish, prove to be ideal candidates with 70% of human genes identified in their genome. It’s obvious to see why such aquatic species are on par with rodents. But, why ‘go fishy’ when Muridae are still considered effective research models?

As can be imagined, small tropical fish require less space, and when multiple tanks are rigged to the same filtration system, the time needed to care for such animals is significantly reduced. Therefore a controlled environment can more easily be maintained, improving research.

Fish generally give birth to vast numbers of offspring.  In the wild it is easy to understand why this would be beneficial to the species. More offspring equals a greater chance of survival for an individual, which in turn preserves a community. Zebrafish in this sense are ideal candidates. Ready breeders, females may give birth every ten days, in each case egg count may vary from between 50-300 ova at a time.

3) Ease in induction of genetic alterations

In the case of Zebrafish, eggs are externally fertilized allowing in vitro fertilization, in turn permitting genetic manipulation. Even after fertilization, eggs may be injected with DNA or RNA, permanently affecting the animals’ development. It is also possible for such DNA or RNA to be taken directly from individuals affected by certain diseases. Essentially “knock-in” mutations prove easier to induce in such fish than in rodents. “Knock-out” alterations of genome are also possible. In this case patients’ DNA is sequenced to identify any mutation possibly responsible for their condition. Researchers may then alter the corresponding genes in a generation of fish to observe equivalent symptoms. If observation is focused on neurons, for example, specific neurons may be fluorescently marked through the usage of GFP.

After having induced a said knock-out or knock-in mutation, the consequent symptoms observed in the behavioural or physiological developments of a generation can be compared to those experienced by their human counterparts.

Generations of Zebrafish given a knock-out of the dystrophin gene are remarked to resemble the progression of the human disease Duchenne muscular dystrophy.

Another successful example is the modelling of human melanoma in such fish. In humans, the most common identification of such a mutation is noted in a single amino acid chain of the gene BRAF (an example of knock-in models). However, seeing as cancers are the result of a combination of several genetic alterations, this is not the only observable mutation. Another, commonly observed melanoma mutation is found in the gene SETDB1, which was replicated in the same generation of fish. In response, a melanoma rapidly developed. Such research using Zebrafish identified that the mutation in the gene SETDB1 was consequential in melanoma growth.

In conclusion, using fish as research models proves very effective when observing diseases and their genetic origin. Zebrafish are not the only suitable fish for such testing, however, due to conserved genetic closeness with humans and easy maintenance, they prove ideal animal models for the understanding of human disease.