A Speech and Debate Success 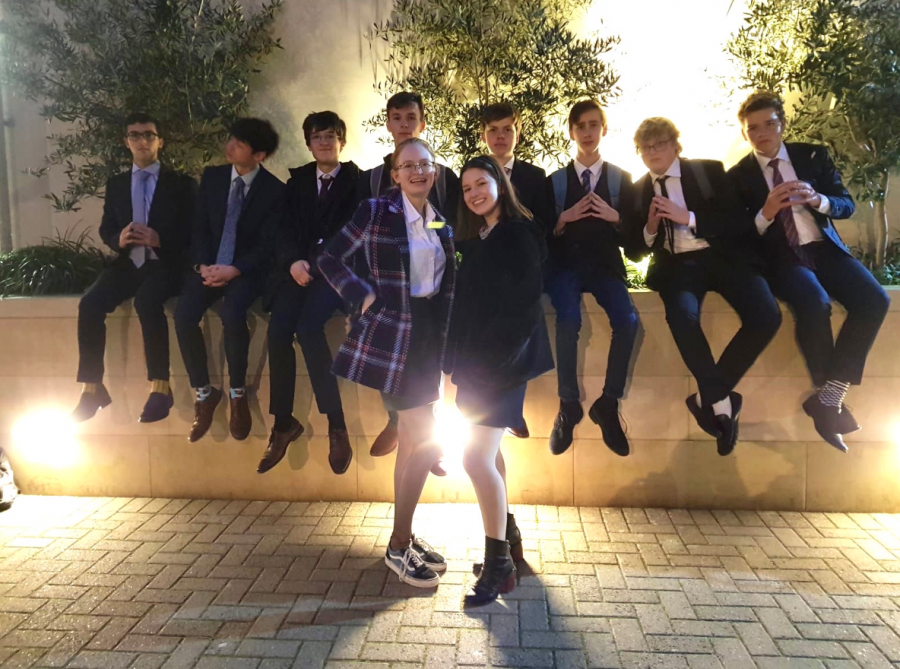 The FIS Speech and Debate Team at ASL

The FIS Speech and Debate Team recently returned from their competition in London, hosted by the American School in London. This fierce competition contained competitors from Zurich International School, Frankfurt International School and the American School in London. The competition consisted of two distinct events: parliamentary debate and original oratory. The parliamentary debate consisted of three group stage rounds where teams of two would debate against each other. Topics included, whether female and male professional athletes should get equal pay and if previous colonizing countries should pay reparations to the countries they colonized. After three group stages, an additional round was held where all teams debated again but a secret semi-final round took place to determine the two finalist teams. One of Frankfurt International School’s own team, Amadea and Claire were able to reach the final round against a team from the American School in London and earn a respectable second place. Additionally, the original oratory event consisted of five students from various schools reciting memorized ten-minute persuasive speeches of a topic of their choice. This event held three rounds and FIS competitor Claire was able to achieve a second place for this event as well. The competition was fierce and tensions were high but the FIS debate has fought for spots in the finals of both debate and oratory the second year in a row.